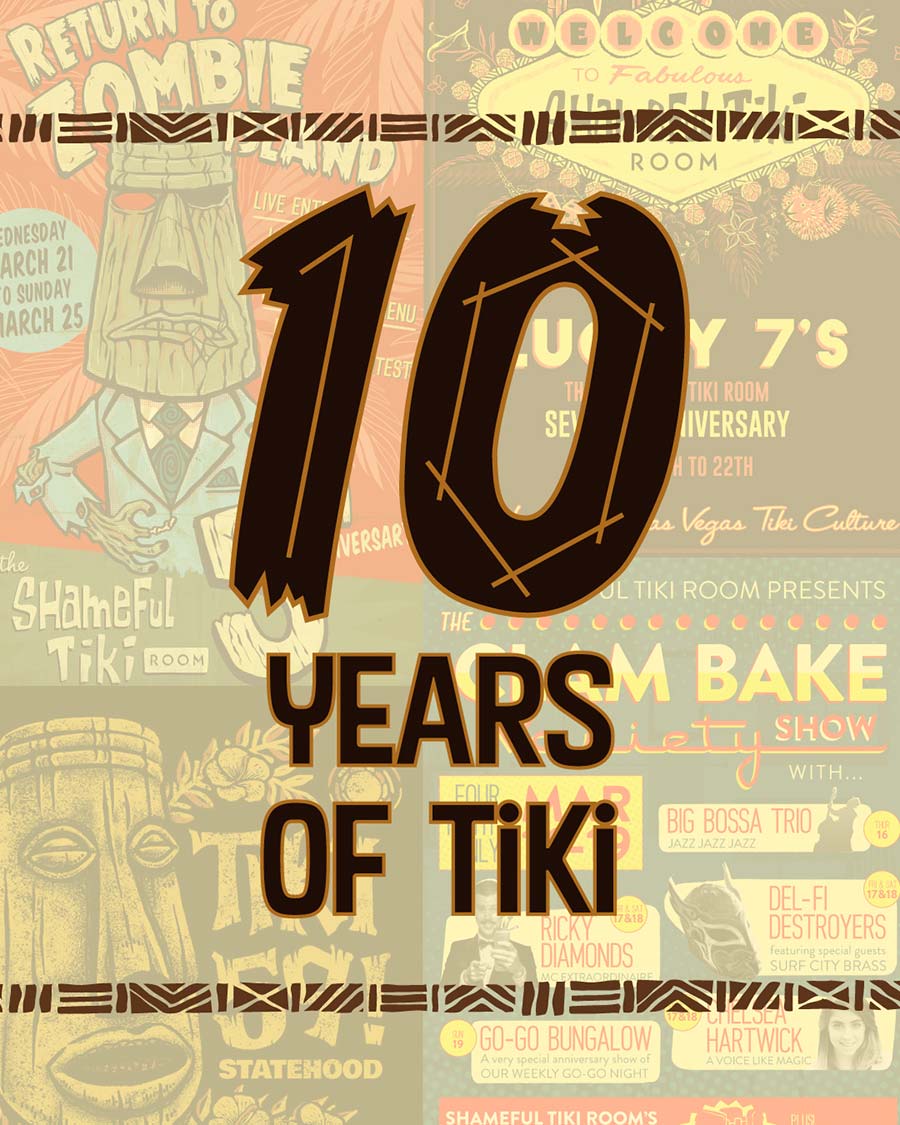 THE SHAMEFUL TIKI ROOM in Vancouver turns TEN in March 2023 and we will be hosting a month-long celebration!

There will be special edition Anniversary mugs, live entertainment, and more surprises to be announced soon!

Sign up for our Newsletter to be the among the first to get details!